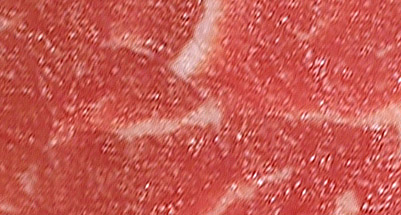 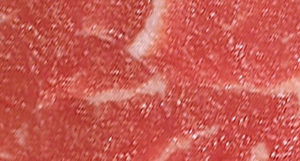 It is true that most hunting dogs never see any prey.  they are claimed as domestic dogs.  And the great thing about this is that even though they never see the action that they were once bred for, by people owning them, they are getting a chance to keep the bloodline alive.

There is a strong chance that if your dog isn’t being used as a hunting dog that they are on a regular commercial dog food diet. if this is so, then you most likely are pumping a whole bunch of grain and veggies into your dog that should be eating mostly meat.

You can argue as much as you want about dogs being omnivores, but its just not true, they tolerate grain (don’t die instantly) but for a dog that used to only eat meat a few years of being fed scraps from humans isn’t going to evolve their whole internal workings into herbivore mode.  If you understand that dogs were recently wolves and 100% carnivore, then why would you do anything but try and feed your dog 100% meat?

You would do it because meat isn’t package into convenient packs at the supermarket, and you might have to pay more money … and the vet lied to you about your dog mostly liking grain.

If you at all doubt that dogs are a carrot munching, potato digging up, corn fed rabbit, then consider that meat in dog treats might be the main way that you get meat back into their systems.

You might be a professional hunter who hunts animals with your dog every day and you feed your dog exclusively on the kill.  Then I salute you. You are one in a million dog owners and maybe one in 1,000 hunters.  because curiously enough even many hunters that I know feed their dog commercial dog food, because they have been convinced by ads on tv that grain is good.  But alas it is a lie.

And for hunters who hunt infrequently or hunters who want to clean the game up for sale to humans, you often don’t give your dog anything but offal and bones.  These are greet for about 20-30% of a raw dog fed diet, but they don’t include enough good meat.  Dogs need the protein from animal meats to lead a good healthy life. If you don’t feed your dog a good serve of meat every day, you are cheating its long term health.

For some unknown reason wolves decided to trust men with their future, they allowed man to purpose breed their size and aggression down and be saddled with labour tasks around the farm. They did guarding and attack duties but mostly looked after vermin and occasionally were allowed to still hunt big game that they had done as wolves.

It is shocking to think how much we as humans have ripped dogs off by feeding them convenient cheap rubbish vegetables and grains. Why would we do this besides saving a dollar.  We have been so brain washed about saving a dollar that all of the big dog food companies have conned humans and dogs into thinking grains can actually be good for dogs. Even can buy treats from local Australian pet treats company

We bake the grain, we add sugar and salt to it, and flavours and the guy in the white chemist suit as got so good at lying to your dog that the owner even believes it.

Unless you hunt regularly or feed your dog a genuine raw meat dog food diet, meat dog treats should e a regular daily part of your dogs diet.