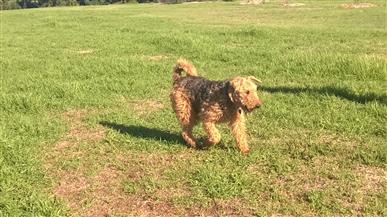 This article feeds off the main introduction article to Terriers group as a hunting group.

What you should find amazing is that a breed of dogs, so diverse, but all single-mindedly created to hunt and kill mostly vermin, should also be so many people’s favorite pet.

While many groups of hunting dogs either point at game, or retrieve dead game, these dogs do everything including the kill.

YET, they are known by many people as a “fun” dog. An ideal family pet etc.

So how could this conundrum exist I hear you asking yourself. Why would one of the most sure footed dog assassin groups of the dog world also be one of the most loved as a companion pet?

It turns out the answer is as basic as looks. yes, many of the terriers are small to mid-sized dogs and exceedingly cute looking. But how would that get around the extreme prey drive that most exhibit? Well it turns out that when many people get these dogs from shelters, they see the dog in isolation or with other dogs that the dogs either tolerate or happily play with. There is no vermin in site, or cats or any small animals that the dogs will want to chase and kill.

This by all means does not mean that all terriers are stone cold killers. Many happily get on with small children and even cats, but that is to do with the specific breed, what they were trained to do previously, and how watchful the new owner is with them.

The bad side of the terrier dogs class

This of course depends on if you are a hunter or a regular non hunter. For hunters terriers are typically brave, loyal, and stop at nothing to get their prey, even prey larger than themselves. Many have be known to die in the process.

The downside of course is well meaning new owners getting a terrier from a shelter for the first time and expecting them just to sit in the corner and be a good dog. NEVER HAPPENS.

Terrier dogs were meant to seek out vermin, and seek out they will. They will dig under fences, jump over fences, mark territory and dig big holes if bored out of their mind. HENCE if you have a young one, or a non tame one, you will need at least two long off lead walks in safe enclosed (vermin free) dog parks to drain their energy to help suppress their natural instinct.

Almost all terriers are very high energy dogs that some owners find “stubborn” because the dog chooses not to be trained for recall or a number of other human conveniences. So some first time owners can really benefit from dog training sessions with a professional along with extensive dog walks.

A few dogs from this class are also exceedingly powerful and love to pull down large game like wild pig, Terriers like the American staffy and Bull terrier can be extremely hard headed and need a very watchful eye. They can appear to have a very passive nature, but when instinct kicks in, it can take a very strong hand to placate these beasts.

Other mid sized dogs like Airedales and schnauzers can appear like giant teddy bears, but again, be aware of what they were bred for, and burn that energy. One of the most common dogs on this list is the “Russell Terrier” formally the jack russell terrier. A smart small, brave dog that won’t think twice of attempting to kill snakes or things twice its size that it detects as vermin. again not every dog in a breed will be this diligent, but many can be.