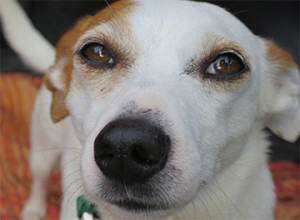 Terrier dogs have a fearsome hunting reputation for a reason

This article is an introduction to the terrier dog category of hunting dogs. They are a very diverse group of dogs but with common characteristics as you will see.

On the home page of blackdogoutfitters.com you will see that I break the hunting dogs into the following categories:

While there should be no issue with recognition which dogs should belong in the group (as most have the word TERRIER as part of their name, the AKC has a smaller subset of dogs that they recognise within this group than the larger international association : Federation Cynologique Internationale.

THE TERRIER DOG and hunting preference.

As a dog hunting site, this should be one of the main sections of this article. Originally from Europe, this breed goes back several hundred years, and like most dog breeds, many of the founding dogs are now extinct, meaning that the true understanding of their physiological make up can be difficult.

Suffice to say that the majority of terrier breeds were used as farm utility dogs, with their main function to be the extermination (hunt) of vermin such as rats and mice and rabbits. Of course in America this was soon extended to such breeds as otters, raccoons and weasels.

The Terrier name comes from the Latin Terra (earth) meaning that this superb hunter usually goes “to ground” to get is prey. That is they can dig out or go inside of warrens and rat holes to either catch and kill or force the animals out for other dogs or the human hunter to finish.

That said there are also sizeable original terriers such as the Airedale terrier which hunt much larger animals and the very large Russian blue terrier (not akc recognised) that has only been around for around 100 years, and was used for guard or human attack duties.

You could almost ask, how long is a piece of string, but there are some very obvious dog ‘personality’ traits if you have been around enough different terriers. They are independent (often mistaken for being stubborn in training), diligent, alert, intelligent.

The reason for all this of course is that the dogs are expected to go to ground, and once in a hole, work out everything they have to do to complete a job with very little guidance from an owner. They have to fend for themselves and avoid being bitten and often work alone (no other dog in the hole or out).

What is a terrier dog and what is not

The United Kennel Club (USA) recognizes Pinschers and Feists in its Terrier Group. Other clubs see pinschers as utility dogs and Feists are a recent American breed that most are regional based and only a handful of these hunting dog varieties have a specific standard, let alone be included in an established terrier group.

The issue seems to be that some clubs are more open than others and like to include dogs that either look like terriers or act like terriers. but my biased opinion is that unless a terrier is bred from terrier dog roots, it should not be included.

Terriers have such a diversity in appearance and actions in hunting that unless you know a dog is a terrier, you might not be able to pin it into the terrier group. And that is why the next article will look at all of the terriers classified by the AKC and the nuisances and striking differences between the specific terrier dog breeds.

Now I know how that can sound like a cop out, but coming from Houston, Texas I like to be a straight shooter. I am not going to tell you something just because it sounds nice or trendy. The fact is, that some terrier breed are notoriously hard to train, but beyond any hunters expectations when it comes to getting their game. There are many interrelated terrier groups and stand along creations that only occurred since the 20th century.

There are so many terriers that even the next article is only going to be able to glance at all of the breeds. It will be the task of future articles that I write that will identify specific terrier breeds and go into the hunting depth (or at least my knowledge of it) for that actual breed.