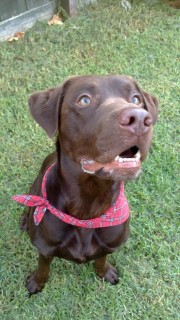 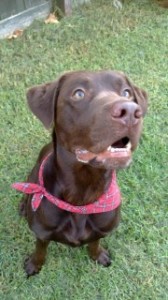 Labrador Hunting dog retriever, why they are just so good

While not to every hunters needs, the Labrador retriever still remains strongly at the top of many hunters lists as the best gun dog and retrieving dog that exists.

And we are talking about now, in real time, not theoretical studies. To underhand why this has come about it is worth remembering the labs origins.

Newfoundland / Labrador in CANADA is the birth place of the breed. Cold boggy environments and surrounds make this a perfect hunting place for much of the hunting year. Based on the coastline, these cities/ areas boast a ‘temperate’ marine climate.

If you are wondering why they were originally known as the St John’s dog, well that happens to be the capital city.

” The island of Newfoundland covers (43,008 square miles) – an area that rivals the size of the three maritime provinces of Nova Scotia, New Brunswick, and Prince Edward Island combined. With the addition of the vast territory of Labrador, the province covers a total area of (156,453 square miles), and has more than (18,000 miles) of unspoiled coastline.”

The Labrador was exported from Labrador (Canada) to England in the 1800s to be used for similar fishing retrieving purposes.

They worked alongside fishermen catching fish (in icy waters) that came loose from the lines and were trained to jump helping with the nets..

What a lot of snobby purists fail to understand is that this original ‘breed; was then  crossed with setters, spaniels and other retrievers to “improve” its instincts as a hunter and to extend its preferred quarry and the environment it could retrieve in.

Like most breeds there is much conjecture as to which specific breeds were bred into the Labrador and for how long by who. Perhaps it is only by luck that what they did use seems to have worked out to be one of the greatest universal retrievers of all time.

For those people who use Labrador retrievers in hunting situations involving boggy marshes for retrieval of downed birds, you should be aware of several things. The big reason they perform so well is that they were originally a water retrieving dog (even though it was of fish rather than birds). The second thing is that when hunting seasons vary so much as do climates Labrador dogs are used in, it can be difficult to get their nutrition correct.

Because Labradors were used in icy waters, it was important for them to have a good solid layer of fat to insulate them from the cold. Breeding this into the dog seems to have also enhanced their appetite. Anyone who has owned a lab will soon find out that there isn’t much that a lab won’t eat. Which with a strong food drive and intelligence makes them an extremely trainable dog.

That said, if you take too long ‘off season’ and don’t reduce your food schedule considerably, you will soon find your lab putting on too much weight and having more chance of leg and hip injuries in the field. Not enough nutrition (protein and good fats) and your dog will not have enough of these building blocks left over for recovery and stamina.

The final thing that a novice to the hunting industry quickly learns is that there are two main breeds of lab. The English bred Lab comes from English bred stock and its hunting ability and appearance is very different than the American bred Lab.

The English bred Labs are heavier and thicker and often considered much better suited to most hunting tasks. The American labs are leaner and taller, but are considered too ‘light weight’ when it comes to the serious business of retrieving bird in hard condition fields. Of course every hunter will have a preference, but this very likeable and now highly sort after family pet still appears to have the crown for best hunting dog all round of any dog breed on earth !